Diagnosis
​The Board:
HAI Global is a newly formed non-profit with volunteer board members. The responsibility of any board is to insure that the actions and behavior of an organization are consistent with it's stated purpose. The HAI Board's behavior suggests that it is unable to do it's job; not a single board-member took direct personal or collective initiative to a threat to HAI's mission, legal status and survival when a HAI facilitator violated the law, HAI agreements, ethical practices and marital agreements to harm a HAI participant and endanger their life physically, mentally and emotionally.
The board suffers from:
1) A lack of formal training and experience running a public organization and the responsibilities that come to the public with tax-free status.
2) A lack of clear protocols that insure that a participant's safety is put first.
The symptoms of this include:
1) No board-member has apologized.
2) No board-member showed up to help in response to a participant stating that a facilitator had endangered their life.
3) No board-member contacted me independently to hear what went on prior to influencing HAI's coarse of action.
4) No board-member has ever followed up to insure I am safe.
5) No board-member has responded to me directly in response to my clearly stated intention to make public a pattern of behavior that is incongruent of a teaching non-profit organization committed to "win/win."
6) Desire Storch, when I initiated contact:
a) Said she was busy and told me she was a volunteer and her work came first.
b) Refused to give me the e-mail addresses of the other board-members twice or directly answer my questions about how informed the other members were.
c) Offered no help, suggestion or any indication that anyone on the board was capable of handling facilitator negligence. In short, my impression was that Desire saw herself as someone whose job was to make the facilitators happy when convenient by  doing what she thought the facilitators wanted, rather than to protect the organizations tax-free legal status by holding herself responsible to it's mission and the legal mandates of such a position. This is what is referred to as a "Paper Board," and denies the facilitators and organization of the input of important opportunities to grow.
The Facilitator Body and Workshops suffer from many of our cultural imbalances:
1) Addiction to over-stimulation to move through the unspoken pain, shame, trauma and dissociated elements of the psyche. The              wounded feminine gets little attention, which takes time, patience and trained skill to address. Whether it is asking women to let            strangers look deep into what are in many cases already incestuously violated vaginas without being invited to be seen in their              emotional trauma, or the safe-physical-sex conversation without reference to the safe-emotional-sex conversation, 90% of the              sexuality within HAI and the community is asynchronous: the dialog and speed is inadequate to see and be seen on an emotional          level apace with the physical sex.
Consistent with the culture, the distinctions necessary to stay emotionally respectful (re-spect from the latin "to look, and look again) to ourselves and a partner are 80% absent within HAI at the workshop, facilitator one-on-one and community one-on-one levels:
After 30 workshops and work with four facilitators and 30 lovers within the community I remain completely ignorant of the following from HAI sources:
Examples of protocols that insure blindness in the form of simplicity: "We want to hear from all of you. Please condense what you want to say into the bare nugget." Or "in one or two words can you go around the room and say how you are feeling," followed by "yellowy, warm, fuzzy, cold, confused." This pseudo intimacy may give the impression that people are seen, but the reality is that even after making this website and spending several thousand hours of my time making videos, few people in the community at best see 50% of me, and at worse are projecting different filters than the ones I'm using onto me such that everything I say is reversed (my paradigm is that when people are transparent they are providing a technical service to make things safer, whereas in our culture people who share data about themselves are labeled as self-centered even though most of our problems and pain stem from a lack of seeing clearly).
2) Super-Human Shame in the Facilitator Body:
Trump is doing anyone who wants to understand super-human shame a great service. He cannot make mistakes and re-writes history to be right, regardless of how uninformed he is. He blames and intimidates anyone who disagrees with him and uses shame, critical parent, fame, power and money to try and push many people into doing what he wants. He is a child in an adult body that transfers his own shame onto everyone around him, while denying there is anything to transfer.
Peter Sandhill and the facilitators do all of this more graciously, hiding major blind spots in plain view by simply naming themselves teachers of love, intimacy, sexuality and proclaiming their commitment to human awareness and a world where everyone wins even when they are actively suppressing human awareness about their own ignorance, fear and mistakes. When their behavior does not match these words they employ a variety of defenses, including:
Suing For Best Practices at HAI
1 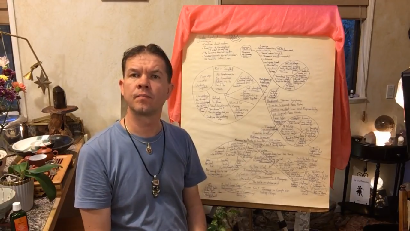 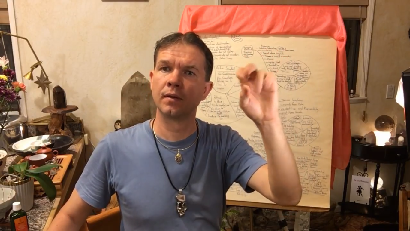 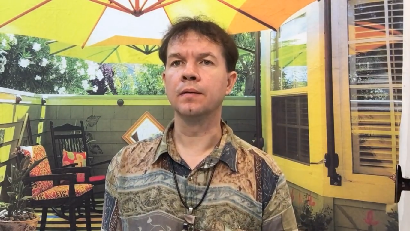 How to Disintegrate a Man Part 2

Notes about the Contract of Survival 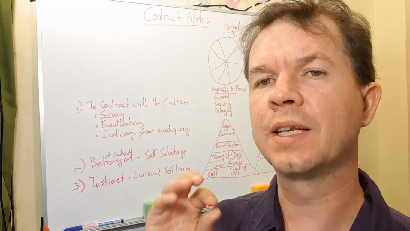